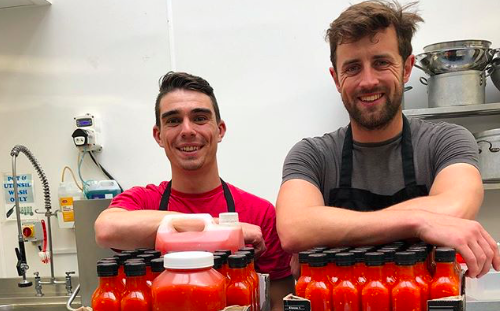 We are extremely proud to be supporting the local Rebel Chilli by stocking their products in our Bishopstown and Gurranabraher stores. Read more about makes Rebel ChilliÂ below;

Where it all began;

Starting out of his motherâ€™s kitchen, Paul Moore began making chilli sauce with his brother and started selling it at his local farmerâ€™s markets and food festivals around the country. It was in 2014 when Paul took over that he decided to go full-time with the business. Success soon followed when Rebel Chilli won Gold for their Red Chilli at the Blas na hEireann Irish Food Awards.
Paul began supplying independent food stores initially before getting listed in Supervalu, Dunnes Stores, and now Tesco. Exports to Dubai began on Paulâ€™s 24th birthday, and the first sales to the UK followed soon after. A working partnership with Chopped began in 2017 when Rebel Chilliâ€™s most popular product, the Red Sweet Chilli, became available in all of their outlets around the country.

Their mantra has always been to provide sauces with the most incredible flavours and real heat in every bottle. TheyÂ are dedicated to bringing you the most versatile, original and delicious sauces in the country. The products are low in sugar and salt, do not have any additives or preservatives and they are all gluten-free. Itâ€™s their promise to you that you are getting the most amazing sauces for whatever you decide to put a little Rebel in! 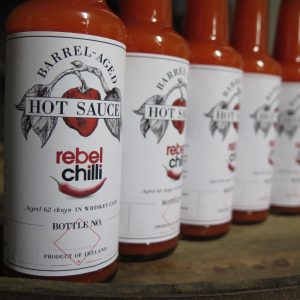 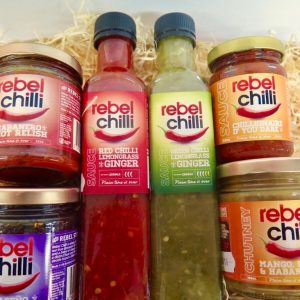 Back to our suppliers or homepage.